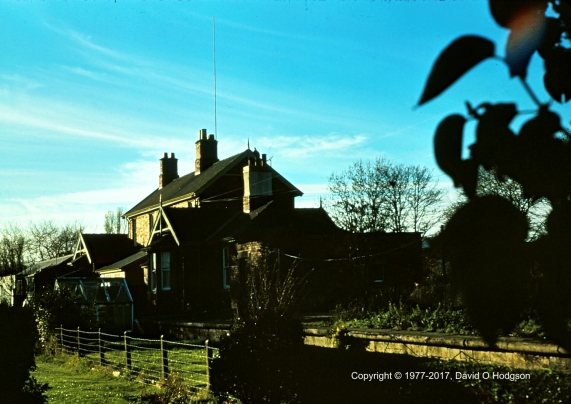 During research for part of my A-level Art project (as described in a previous post), I examined and photographed the remaining structures on what had been the Seamer to Pickering railway line, often called the Forge Valley line.

The name is somewhat confusing, because the line did not go through Forge Valley, which was a popular tourist destination prior to World War I. There were several proposals to run a line through Forge Valley during the 1860s and later. To forestall competition, the North Eastern Railway built its own line along the North side of the Vale of Pickering in 1882, naming one of the stations on the new  line “Forge Valley”. Unfortunately, despite being designed to allow for future track-doubling, the line did not prosper, and closed completely in 1950, except for a stub from Pickering to Thornton Dale, which stayed open for freight to serve a quarry until 1964.

I still have a number of monochrome and color photographs of the structures that had survived to the late 1970s. Not all of them are of high quality, but, in the interest of making them available publicly, I am posting them on these pages.

All the stations on the line were built to a standard North Eastern Railway design, which was also used on other lines that were built at around the same time. Remarkably, given the short working life of the line, all the station buildings are still standing and habitable to this day, which is perhaps testament to their sound construction.

Here are the locations that I photographed, in order from Seamer to Pickering (links will be added as I upload the pictures):

At the time of my research, there was little published material available. Now, however, several books and web sites are available, as follows.

Back to Transport Topics Index