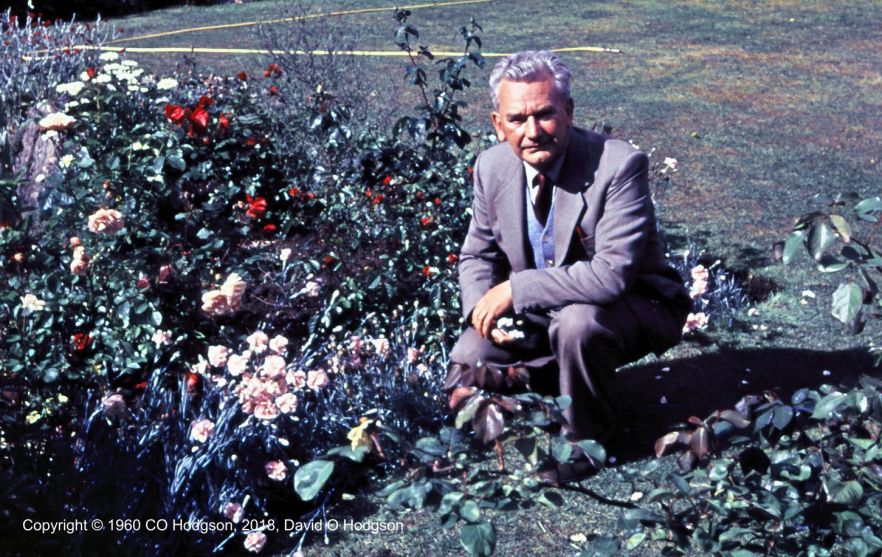 For Father’s Day, I decided to post a photo of my own father alongside his “pride and joy”, which was the large garden that he cultivated at the house in Scarborough where we grew up. He lavished many of his leisure hours on that garden, growing all kinds of plants, including the rose bushes shown. The photo was taken c.1960, before he suffered his first stroke. After that, he was no longer able to do the physical work required to maintain the garden, which then gradually deteriorated (although my mother did pitch in to maintain it until we moved away in 1970).

There’s no doubt that the results he achieved while still healthy were spectacular, as shown in the photo below of the two of us sitting by the frog pond in the back garden. 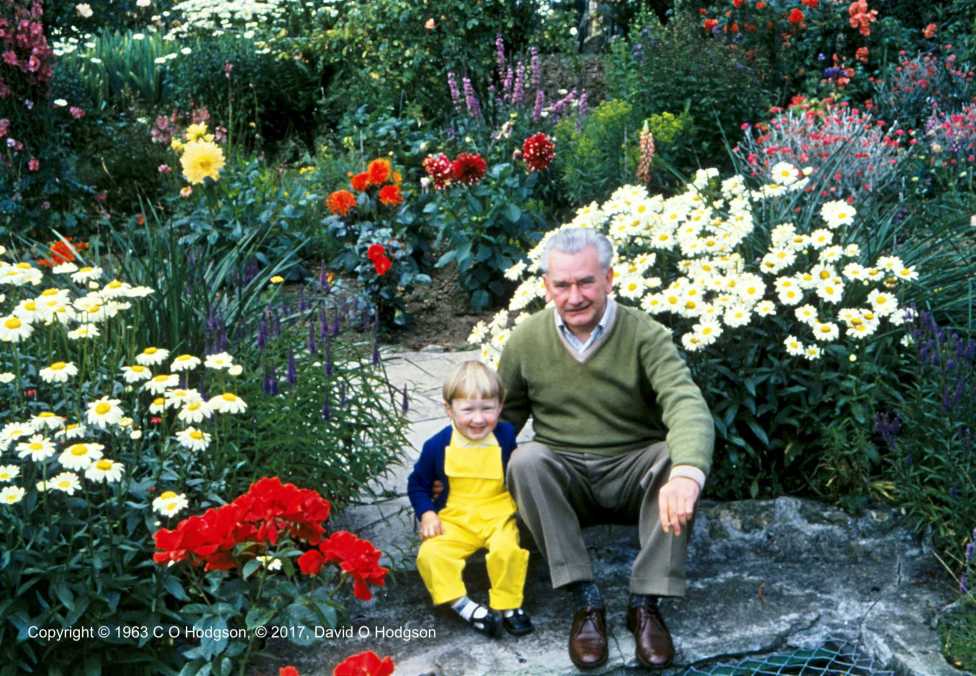 Naturally, having nothing else against which to compare it, I took it for granted that everyone had a huge garden like ours, with a pond and a stream running through it, and that working on the garden was a necessary part of every adult’s life.

It was only as I grew up that I came to realize that, not only did some people not have large gardens, but that some city-dwelling types actually didn’t have their own gardens at all!

Decades later, when I moved to California, I made the further discovery that all that gardening effort is something of a British peculiarity. Some Americans do take pride in maintaining beautiful gardens, and some take an interest in cultivating roses or other specific types of plant. Nonetheless, I don’t think I’ve ever heard anyone here say that their hobby is “gardening”, which would be quite common in Britain.

It was also common for British suburban houses to be built with large surrounding gardens, even when the homes themselves were quite small.

Now, both the homes and the gardens are becoming small; the smallest in Europe, according to this article. Nonetheless, there are still many older houses that still have the large gardens with which they were built.

According to current aerial views, the garden of our Scarborough house has now been largely built over, so there’s nothing left to see of all my father’s hard work.

Having grown up enjoying that immense garden, I was convinced that I, too, wanted to create and maintain something similar. It was only when we moved into a house with a garden that I realized just how much time and expense was involved! It seemed even less appealing because we were renting that house, so all that effort was going into someone else’s garden.

As a result, I dialed back my gardening ambitions very substantially! Now, I’m quite happy to have a small, well-designed, garden, and pay someone else to maintain it, even though I own the property. The photo below, showing our home’s front garden a few months ago, shows the modest level of my requirements!

The Front Garden of our Home in Santa Rosa

In my father’s case, I believe that he had some specific, tragic reasons for wanting to create a large and luxuriant garden. He had been born into a relatively wealthy (upper middle class) family. His father owned a textile mill in Leeds, and they lived in a large house in the suburb of Roundhay, with a complement of servants.

Unfortunately, for various reasons, the mill went bankrupt, probably in the late 1920s, and because the business was unincorporated, they lost everything. My father’s garden was probably thus a way of recapturing a lost aspect of his happy younger days.