The photo above shows the view from our bedroom window at about 9am yesterday morning. Once again, a hot air balloon had just made a forced landing in Village Green Park. When it first came down, the balloon was actually much closer to the trees in the foreground. By the time that I’d fetched my camera, its occupants had maneuvered it to the car park near the church.

If you’ve been reading this blog for a while, then you’ll know that this isn’t the first time this has happened; I reported a similar incident last year. Fortunately, this time they managed to land the balloon without hitting anything, and began deflating it as soon as it had been moved to a recoverable position, as shown below. 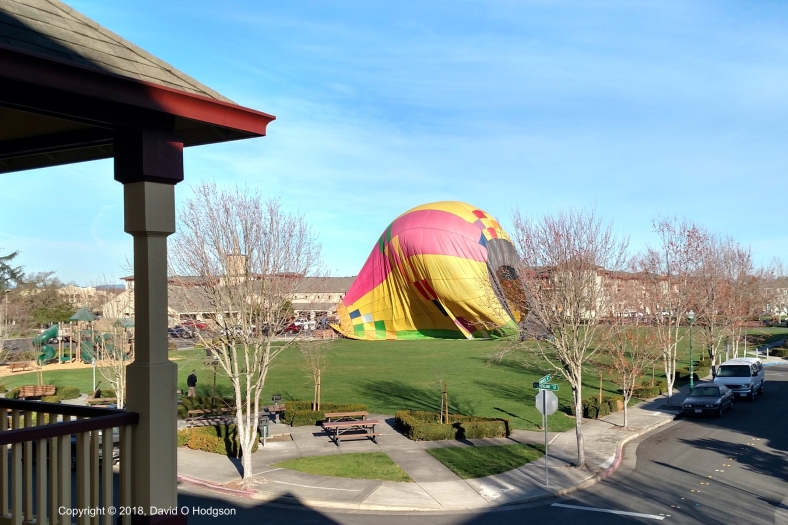 There was actually a second balloon, which didn’t land, but hovered for a while behind the houses, as shown below. 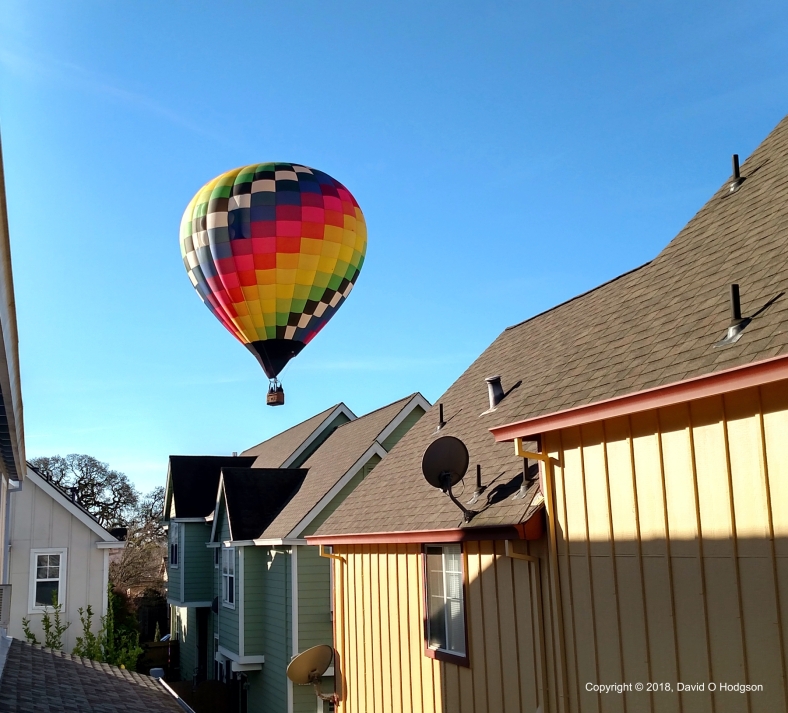 The Second Balloon between the Houses

The balloon operators are required to report these unplanned landings to the FAA, so I trust that they will be doing so again in this case! Given the number of people who were walking in the park at the time, there were certainly many witnesses to the landing.

I assume that the reason they like to make these landings on Village Green is because there’s a car park next to it, which makes it easy to bring the recovery vehicle up to the balloon. After all, there’s an abandoned Naval Air Station just a few hundred yards away, which would make a much clearer landing ground, but I suspect that access to that is more difficult!

Hot-air balloon rides are a popular attraction in Wine Country, so I’m certainly not against them. However, I am becoming concerned about the number of apparently unplanned landings, such as this one, and the fact that they choose to land so close to buildings (which seems obviously unsafe).