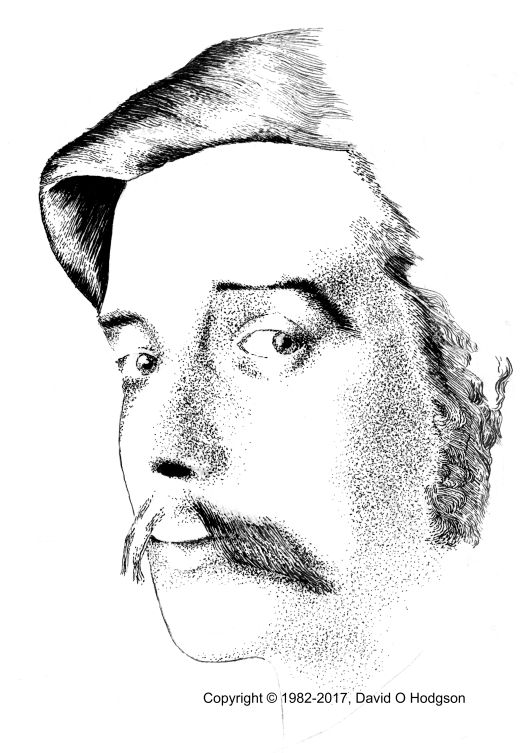 The image above was intended as a portrait of the young H G Wells. I started work on it while I was an undergraduate student, but, unfortunately in retrospect, I never finished it.

Even though the drawing is incomplete, I’ve scanned and posted it now because it is one of the few surviving examples of my artwork that uses a monochrome stippling technique.

Over on my professional blog, I just published a new post—The Age of Monochrome Illustration—reflecting on the significant changes in commercial illustration practices that have taken place during the past quarter century or so. On looking back at the work that inspired me in those days, I was astonished to realize just how much things have changed since then. It was a “given” back then that most illustration work would be printed in monochrome, and it had been that way since the dawn of mass printing.

Looking through my own remaining artwork to find images for the post, I had no difficulty finding examples of artwork that used cross-hatching, but an example of the stippling technique was less readily available.

I can think of only one area of electronic publishing where monochrome artwork may still be preferred, and that is for eBooks that are to be read on eInk devices such as the Kindle Paperwhite. However, that’s not necessarily much of a restriction, because the same publications can, in general, be read on compatible readers with full-color screens. I’m not aware of any cases where eBook artwork was deliberately created in monochrome for that reason.