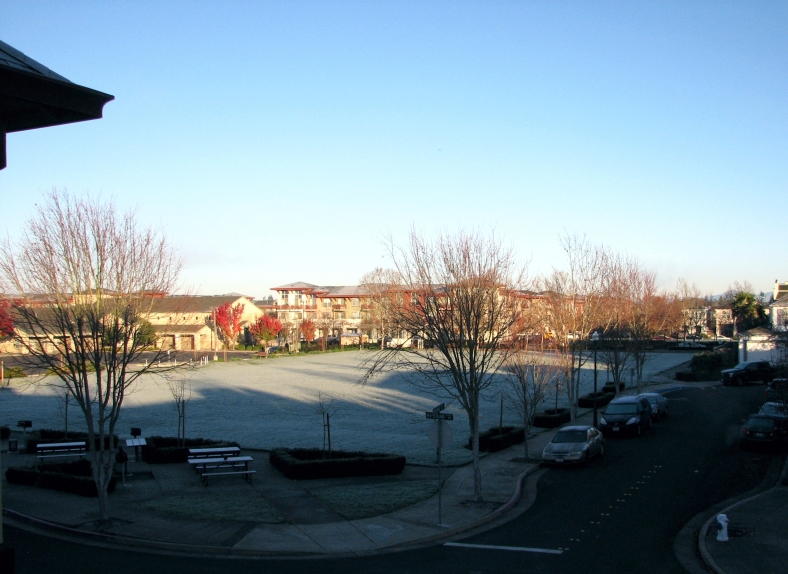 I took the photo above at 8 a.m. today, when the Park in front of our house was frostier than I’ve seen it since we moved here over 3 years ago. The frost was perhaps more intense because of the rain we had last week, which left everything damp.

Only a few weeks ago, at Thanksgiving, we were enjoying the sight of autumn leaves from the same vantage point, as below. 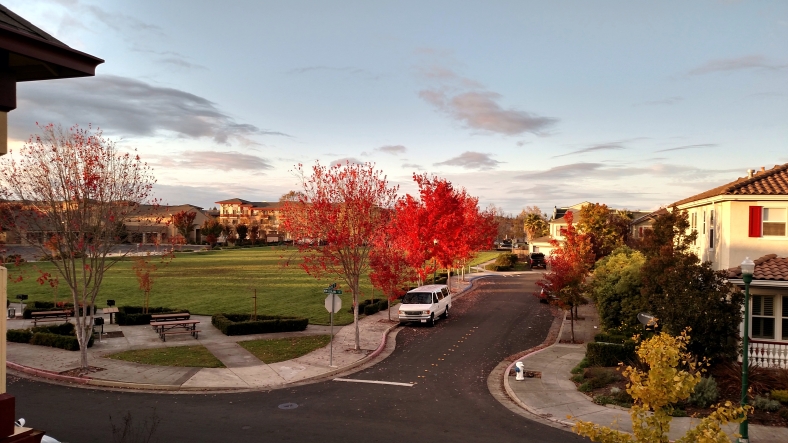 The street running across both photos at the far end of the park is Sebastopol Road. From 1904 to 1946, the P&SR railroad ran along the center of the street here.

It seems that the last-ever passenger train on those tracks was an “Enthusiast Special” that ran on 6th April 1941. There are some interesting photos of that train in the book Petaluma & Santa Rosa Railway.