This Peregrine Falcon, called Kiri, is a resident of the Santa Rosa Bird Rescue Center. I visited the Center yesterday, during their once-a-month open house. I’m already a supporter of this local charity, via eScrip donations that are made by local merchants when I shop there.

Fortunately, the Rescue Center escaped damage from last October’s wildfires, although I believe that it had to be evacuated for a while. As I described in a previous post, the nearby Fountaingrove and Hidden Valley Estates were almost completely destroyed.

The Center’s role is to accept injured wild birds and rehabilitate them for release back into the wild. However, the Peregrine Kiri cannot be released back into the wild, because her right wing is damaged so she cannot fly well. Nonetheless, she’s still doing better than the resident Osprey shown below, which cannot fly at all, and so has to have perches and feeding stations at ground level.

A Flightless Osprey at the Bird Rescue Center

The view below shows the entrance to the Rescue Center. Needless to say, Woodstock is not one of their rescues, but is another of about 70 Peanuts statues that can be found all over Santa Rosa! (My previous post showed another of those, in front of the former REA building in Railroad Square.) 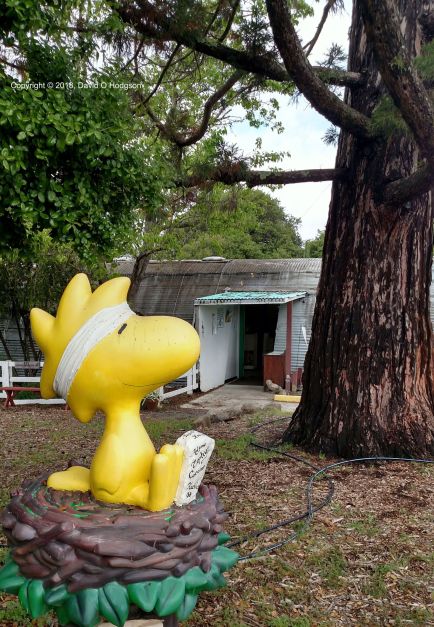 Woodstock at the Entrance to the Bird Rescue Center

Another current permanent resident of the Center is the Red-Tailed Hawk shown below, whose disability is a missing right eye. 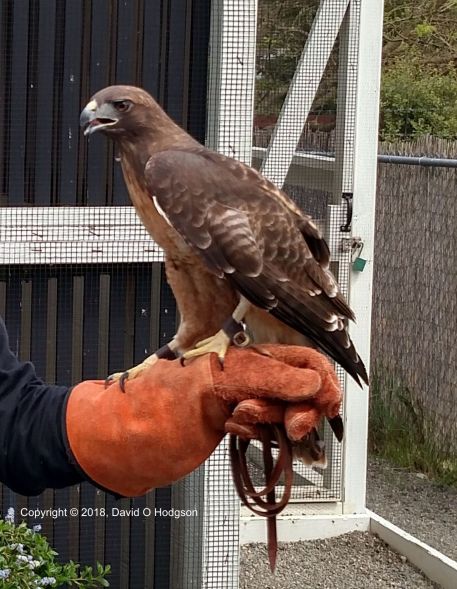 Just to prove that he really is “red tailed”, here’s a close-up: 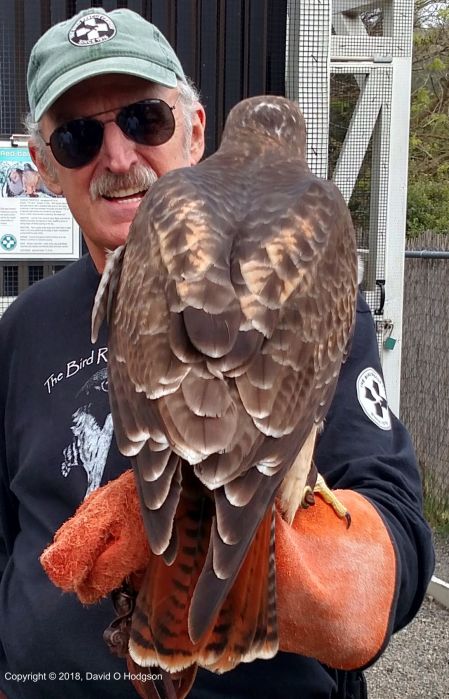 After being on public display for a few minutes, courtesy of one of the Center’s volunteers, the hawk was returned to his cage for lunch (a frozen mouse), as shown below, where you can just about see the missing right eye. 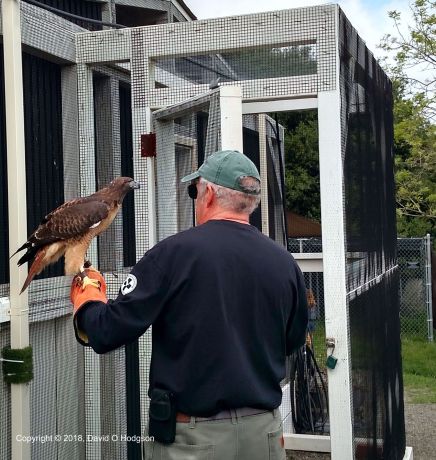 In its reception area, the Center has some educational displays relating to local bird life. Those include the display of eggs shown below, which features the eggs of the two species that I painted for our greeting cards last Christmas (Cedar Waxwing and American Robin).

The Eggs of some Local Wild Birds

The Bird Rescue Center’s premises stand in the county-owned Chanate Complex, which also housed the former Sutter Hospital. The hospital was built during the 1930s, and closed in 2014, having been deemed seismically unsafe. The former hospital buildings will soon be demolished, and the entire site is due for redevelopment. For this reason, the Center may be forced to move to alternative premises in future, although, as one of the volunteers told me today, they hope that it will be possible to retain their current location in the park-like surroundings of the Chanate Complex.

Perhaps its buildings (as below) could benefit from some renovation, but I do hope that the Bird Rescue Center can continue its good work in its current location! 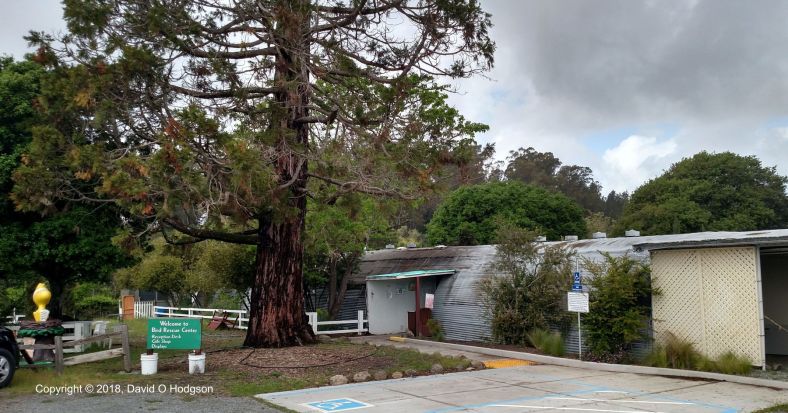