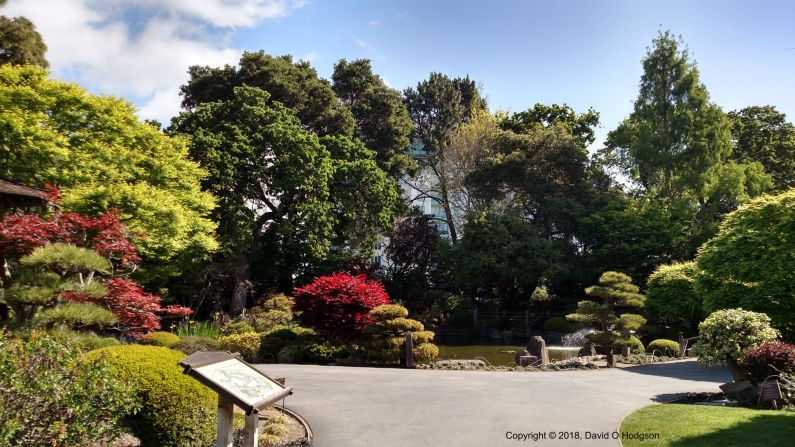 On Sunday morning, I took the photo above of the Japanese Garden in San Mateo’s Central Park. At first glance, it would be easy to think that this garden must be in Japan, but the reality is that we’re fortunate to have it right here in California.

It is perhaps not surprising that the garden looks so authentically Japanese, because it was designed by Nagao Sakurai, who, in his younger days, had been Chief Gardener at the Imperial Palace in Tokyo. Nonetheless, all gardens require constant maintenance, and the City of San Mateo has done an amazing job in tending to this one since its creation in 1965.

I didn’t notice until I was editing the picture above just how well the trees behind the lake disguise the huge apartment building that would otherwise dominate the view.

The garden also features Japanese-style pavilions, as shown below.

Pavilion at the Japanese Garden

I suspect that one reason why the garden stays in such pristine condition is because it can only be accessed via locked gates, as shown below from the outside. The gates are opened to the public between 10am and 4pm each day (11am – 4pm at weekends).

The Gates of the Japanese Garden

When we lived in San Mateo, Mary and I would visit the Japanese Garden whenever we could. The beauty of this garden, along with others that we saw in Japan, inspired us to try to recreate our own much more modest version in our current home.

A Walk in the Park

It was a beautiful morning for a stroll in the park; sunny and calm, but still cool. Outside the walled-off Japanese Garden, wisteria bushes were blooming, as shown below.

I also visited the nursery of the San Mateo Arboretum Society, which was holding a plant sale. The photo below is a general view of the nursery.

The primary reason that Mary and I had traveled to the Peninsula was to attend the annual luncheon for United Airlines flight crew, which took place once again at the Westin Hotel (below) near San Francisco Airport. 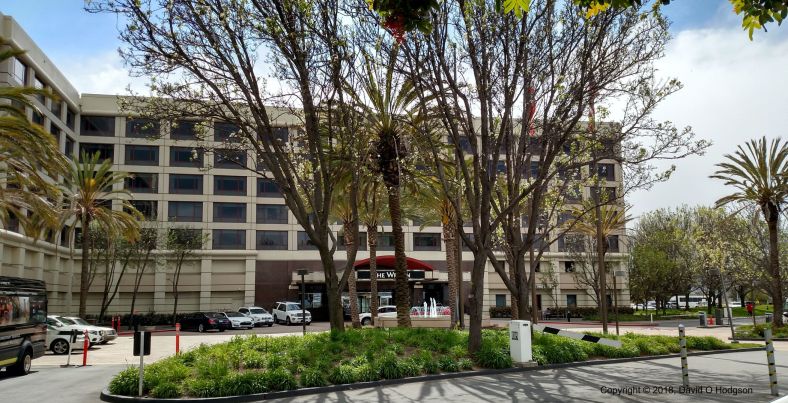 While we were parking outside the hotel, the usual lineup of aircraft waiting for takeoff could be seen on the runways of SFO, just across the waters of the bay, as shown below. There are 2 United Airlines aircraft visible, plus an Air China Boeing 747 and a Virgin Airways Airbus.

Aircraft Queueing for Takeoff at SFO

Mary had once again volunteered to help organize the reunion luncheon, and she did a great job, which was much appreciated by all the attendees. For both of us, it was very pleasant to be able to meet up once again with old friends.

Thank you once again to all those who continue to make the annual reunion possible!