Following up from the previous post, we did indeed have Thanksgiving dinner at the El Dorado Kitchen in Sonoma Plaza. As the photo above shows, there was a beautiful sunset, which was a little surprising, since it had been overcast earlier in the day, with a few drops of rain.

As shown below, El Dorado Hotel is largely back to normal following last month’s disastrous fires, and has a large banner outside thanking the first responders to the disaster (as do many other buildings).

Our meal at the hotel did not disappoint. Everything was delicious, and the portions were so generous that Mary and I both came away with “doggie bags”, which will provide further meals today. (In fact, they should have been called “kittie bags”, because our cats were treated to some leftover turkey when we got back home!)

The holiday lights in the Plaza had been formally switched on the previous weekend, and, as usual, most of the trees are lit, including the large palm tree at the South end of the square. 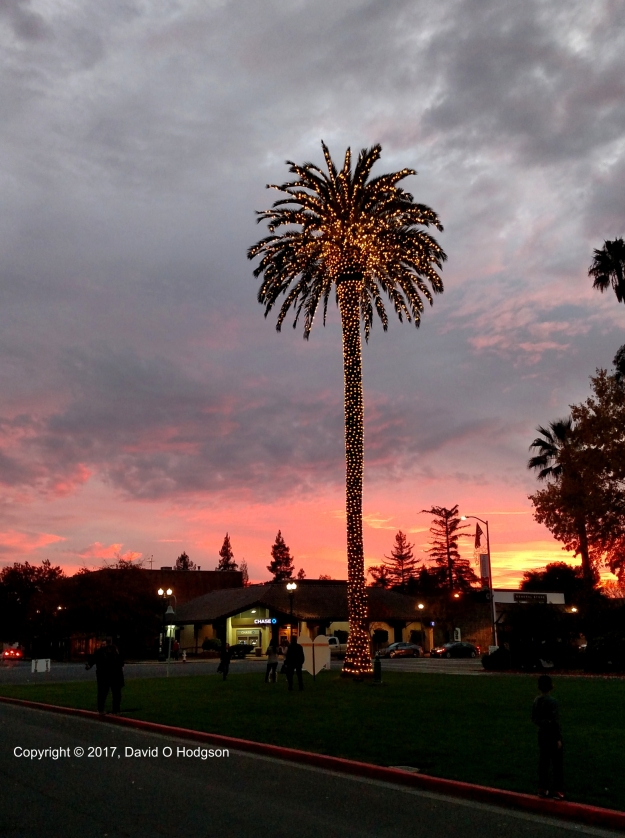