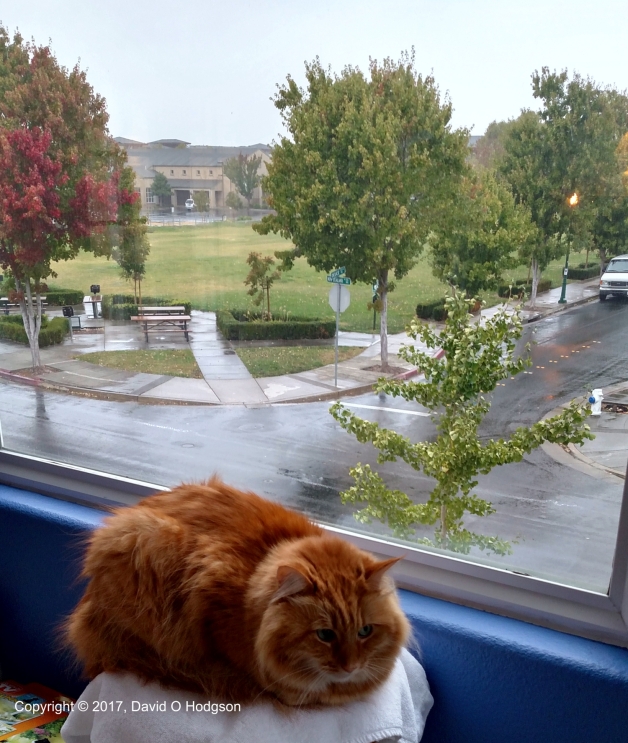 The photo above shows one of our cats, Penny, sitting in the window alcove of our bedroom yesterday afternoon, contemplating the rain that had just begun to fall.

The rain intensified yesterday evening, having been forecast the previous week. We’d been anxiously awaiting its arrival, because, despite the extraordinary efforts of firefighters from all over the US, the wildfires were still not fully contained. Even after a fire has been quelled, it can sometimes continue to smolder and can then flare up again later. Falling rain should extinguish any remaining embers and prevent further flare-ups. 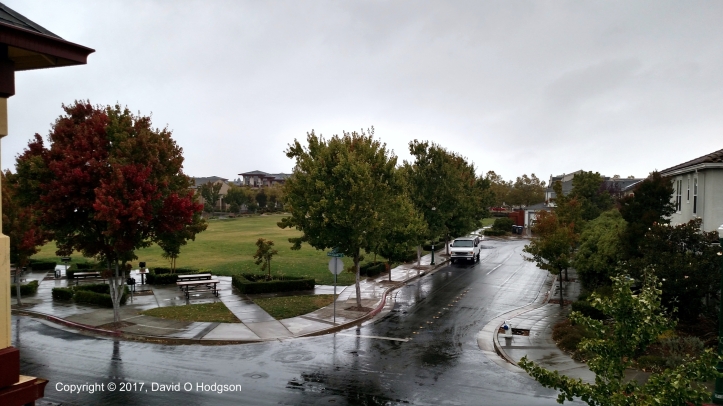 Contrast the photo above, taken yesterday afternoon looking over the park from our balcony, with the same view in my earlier post. At least this time, the gray skies are due to rain and not to smoke!

Having grown up somewhere it rains year-round (Britain), and now living where it rarely rains during the summer (California), I sometimes find that, by the end of summer here, I’m missing the rain, and look forward to the first shower of the season. Nonetheless, I’ve never welcomed the first rain as much as I did this year, because it will hopefully put an end to the local wildfires!

Although the smoke has gradually cleared during the past week, we’ve still been having smoky sunsets, with unusually red skies, as shown below, looking west from in front of our house. 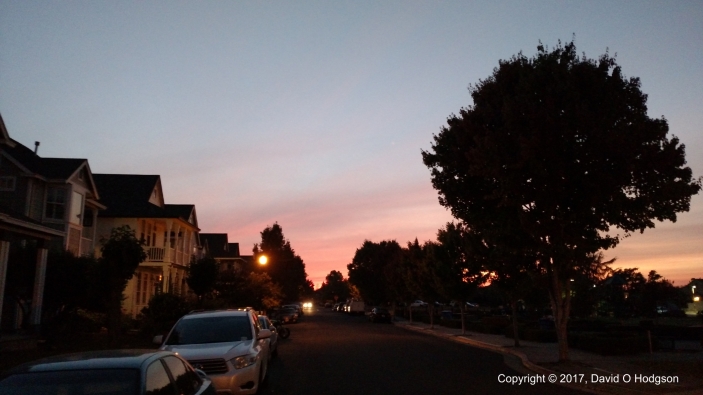 Last weekend, a new wildfire erupted in the hills above Oakmont, which is a large retirement complex to the East of Santa Rosa. This led to further closure of Highway 12, and the evacuation of the Sky Hawk and Mountain Hawk neighborhoods.

I took the photo below last Saturday, looking East along Highway 12. In the distance, you can see smoke billowing from the Oakmont fire. 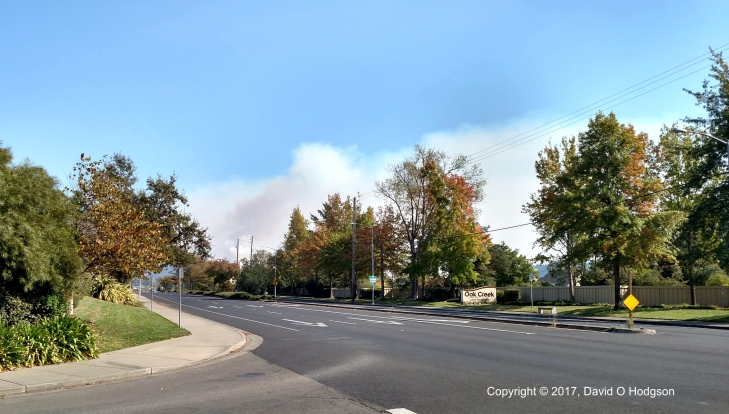 Smoke from the Oakmont Fire, from Highway 12

A little further along Highway 12, the road was closed. People were being let out of the evacuated zone, but not into it. The photo below shows a police roadblock across Highway 12, at the junction with Calistoga Road. 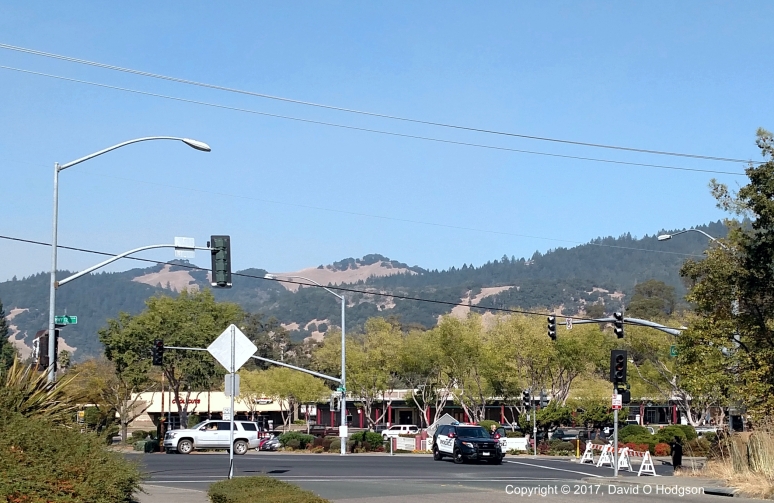 At the time of writing, although most evacuation orders have been lifted, and people are being allowed back in to some fire-damaged areas, the Fountaingrove neighborhood remains evacuated.

The offices of my employer, Keysight, are in Fountaingrove, and are closed. Fortunately, the main buildings were not destroyed, but they were damaged by efforts to fight the surrounding fire. Details are shown in this fire damage map.

It’s also fortunate for me that I’m able to do my work from home (although I wasn’t doing that prior to the fire), and that’s what I’ve been doing since the area was evacuated. Keysight has been very supportive of us all, having made immense efforts to locate and ascertain the safety of all its employees, and to provide special assistance to those who need it. Many thanks are due to Keysight for looking after its staff.

I’m aware that many people have lost jobs or businesses as a result of the fires, and how lucky I’ve been to have avoided that.

The process of trying to get back to normal life is now just beginning. Even for those of us who were lucky enough to avoid any serious loss, things will never be quite the same again.

In one respect at least, I hope that things will be different, in that the lessons of the fire will be learned, leading to wiser land development and better protections in future.