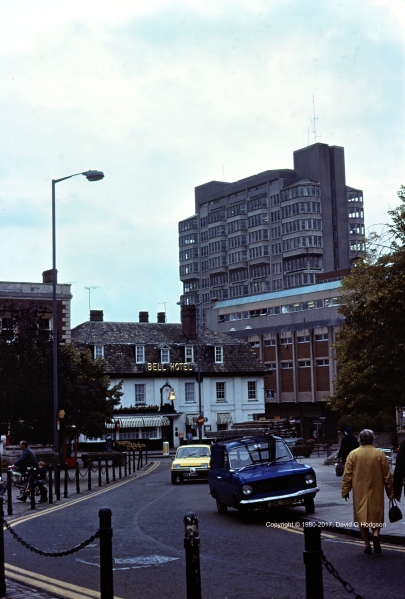 The Bell Hotel, Aylesbury, with the Buckinghamshire County Offices beyond, in 1980

There have been some occasions in my life when I’ve attempted something that, at the time, seemed to be a failure, but eventually it became apparent that I had gained some unanticipated new insight or skill. One such instance happened at a job interview in 1980, in Aylesbury, Buckinghamshire.

I described in a previous post how, having commenced my first full-time “permanent” job at Swifts of Scarborough, I soon came to feel that I was capable of something better (and also hopefully better-paying), and began to look around for more suitable employment.

One field that was recognized as being the “white heat of technology”* in those days was “Computing”, and I wondered whether my math skills would make me a good fit for that daunting new field. Incredible though it may seem now, I’d never actually used a computer (except for a digital calculator) until I went to university. Even though I was working as an Accounts Clerk at an engineering company, there wasn’t a single computer of any kind in the business. Swifts’ accounts department used nothing more sophisticated than electric adding machines.

(* Ironically, Harold Wilson made his “white heat” speech in, of all places, my home town—Scarborough!)

My first brush with computer programming was very disheartening. During the first year engineering course, we were required to write a single computer program. However, we received no instruction in how to do this; apparently we were expected to know already, or to teach ourselves! I found this very difficult and frustrating, and I didn’t seem to achieve good results. I concluded that I probably wasn’t “cut out” for computing, and shouldn’t attempt to pursue it further.

Later, after I’d left Warwick, I discovered that quite a few of my fellow students there had actually obtained A-levels in Computing before starting at university; a subject that wasn’t even on offer in Scarborough! Thus it wasn’t at all surprising that I hadn’t been able to compete well against such students. 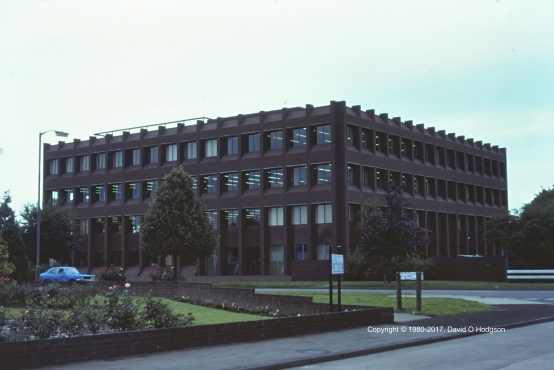 One of the potential jobs for which I somehow noticed an advertisement was for a “Computer Data Entry Clerk” at an insurance company in Aylesbury. I was warned that my interview would include a “Computer Programming Aptitude” test.

When it came time to take the test, the interviewer explained that there was no time limit. Accuracy was more important than speed. I could take as long as I needed to finish, but typically completion took about 4 hours.

I found that I’d finished and checked my work after about 3 hours, so I went over and handed my paper to the interviewer. He asked me if I was sure that I’d finished everything and done as much as I could, and repeated that there was no time limit for the test. I confirmed that I had completed everything. He gave me a skeptical look and accepted the paper, then I walked out.

I heard nothing further until weeks later, when I received a letter from the company, informing me that they were not offering me the Data Entry Clerk job. The letter went on to explain that I had done so well on the test that I “clearly” had great computer programming aptitude, and that my skills would be wasted in so lowly a position! As had happened at other interviews, I received the advice that I should instead return to university and try to obtain a technical degree.

So I didn’t get the job, but I did get some extremely valuable feedback that bolstered my self-confidence and caused me to renew my interest in a field that I had been ready to abandon.

I eventually followed the advice that I’d been given at those interviews, although I chose Electronic Engineering rather than Computer Science. In retrospect, CS may have been a better fit for my unusual skill mix, but, at the time, I hadn’t forgotten the difficulty of trying to compete with other students who had A-levels in Computing, when I had no formal qualifications in that field at all. 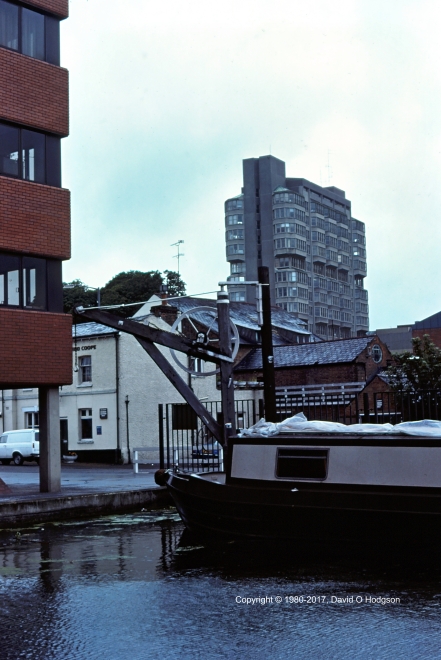 Old and New, in 1980. Aylesbury Canal Wharf, with the County Offices building beyond